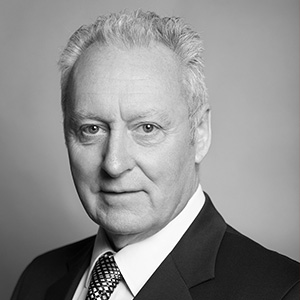 In 1981, after initial management training in multi discipline businesses ranging from House Building to Engineering to Property Development Con, aged 28, was appointed Chairman and Chief Executive of Folkes Group PLC, a 300 year old business. He was the youngest recorded chairman of a publicly listed company in the UK. Con became responsible for 36 disparate businesses with a turnover of over £100 million employing 2000 people.

Over two decades Con purchased and sold numerous business’s honing the company to become a focused Engineering concern owning one of the leading European Heavy Forges supplying military hardware and the nuclear, oil, gas and aerospace industries alongside a modern Commercial Property business with 200,000 m2 of industrial business space. In 2002 Con, via his private real estate investment company, undertook a Public to Private bid for and merger with Folkes Group PLC, de listing the company in the process. He simultaneously entered the South African property market.

Today the company has assets of some £150 million. Con currently holds directorships in over 50 companies and has recently moved his residency to Jersey, Chanel Islands. He spends half the year in South Africa where his business interests span not only a major shareholding in RAP Fund but other property related investments and a 10,000 Ha Game Farm in the Eastern Cape specialising in breeding Buffalo and Sable.